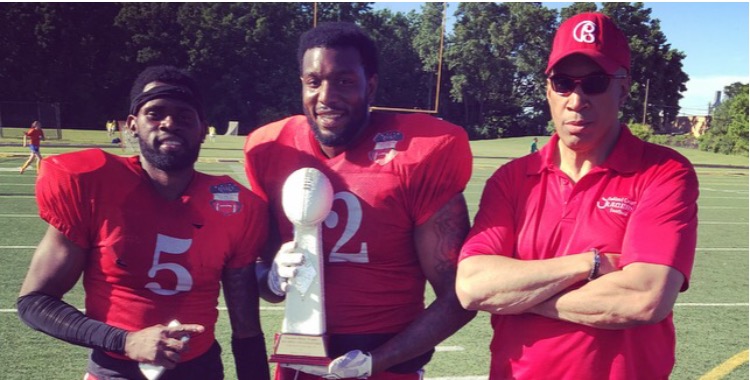 Since it’s inception 4 years ago as a developmental football league for players who feel that they have the talent and skill to compete and possibly get a shot at playing in the NFL, CFL or Arena football, The Rivals Professional Football gives players a chance to see if they have what it takes play at the professional level. But to coach these athletes Quentin Hines, Owner and CEO of the league and former player for the New England Patriots wants coaches that meet his standards for professionalism, integrity, and experience and he found a coach that possess those qualities in coach Blackburn.

Coach Blackburn was initially hired in 2016 as a defensive coordinator for the Oakland County Racers who went undefeated and went on to win the league championship with the #1 defense in the league. “His experience was obvious from the start and he far exceeded my expectations and convinced me that he is the type and caliber of coach that I wanted and that the Rivals Professional League was looking for so it was a no brainer to offer Coach Blackburn a position as Head Coach of the Racers” said Hines.  Having over 30 years of coaching experience, he brings a track record of proven success with numerous championships and is a defensive mastermind. “I saw his previous game films from teams that he has coached in the past and after talking with other players and coaches and seeing him in action this past season, it’s easy to see why he is well respected both on and off the field as a true professional.

“My goal is to get these guys prepared mentally, physically and emotionally to meet the demands of playing at the professional level and to provide them with a training tempo that many of them have never experienced before” said Blackburn.  With recruiting and tryouts already underway for the 2017 season, the Rivals Professional Football League is looking forward to expanding the league and creating new opportunities for players who want to showcase their talent and be selected to play professional football.